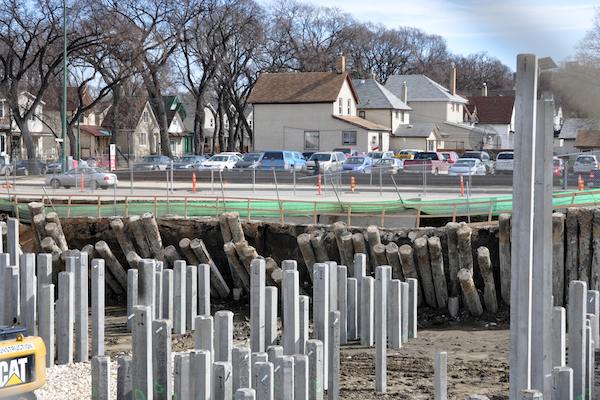 The unseasonal rainstorm on Monday is being blamed for a section of shoring collapsing outside of the new Women’s Hospital on Sherbrook Street.

Construction officials with PCL Constructors Canada Inc., engineers and developers are on site assessing the situation before beginning repair work. The repairs are expected to take two weeks.

No one was injured in the shoring collapse.

Construction has been ongoing around the Health Sciences Centre for several weeks.

Motorists are advised to use Balmoral Street and Arlington Street as alternative routes.