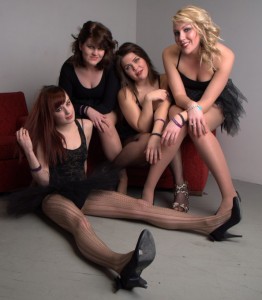 Creative Communications students at Red River College are breathing life into the print industry by showcasing their latest pieces of work at the annual Magazine Trade Fair next week.

“The fair itself is always a lot of fun,” said Emily Doer, a member of the four-person group behind the young women’s publication called Black Tutu Magazine. “Groups work together to make their magazine concept come to life. There are always a lot of prizes, and a chance to meet the creative team.”

The Roblin Centre on the Princess Street campus will host the fair from noon to 4 p.m. on Friday, March 30.

“We have some really innovative and trendy magazine concepts,” Doer added.

Attendees to the fair can win prizes and enter a Twitpic contest with a Harley-Davidson motorcycle.