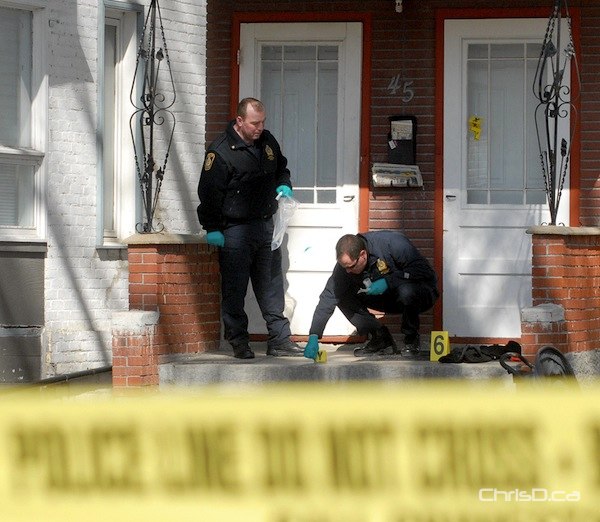 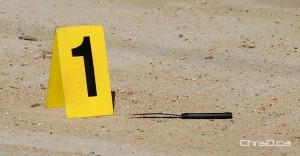 A knife is marked as evidence near the scene of a stabbing on Polson Avenue Sunday morning. (STAN MILOSEVIC / MANITOBAPHOTOS.COM)

Three women were sent to hospital with stab wounds after an alternation on Polson Avenue Sunday morning.

Winnipeg police say the incident occurred at about 8 a.m. in the 100 block of Polson and all victims appeared to be known to each other.

Police originally responded to a break and enter call in the North End neighbourhood, where the victims were found injured. They have since been upgraded to stable condition.

A kitchen knife could be seen laying on the street and marked as evidence as police investigated.

At least one suspect was in police custody by mid-morning, but no further details were released.

UPDATE: Monday, March 26 — Four women, two aged 21 and the others 22- and 24-years-old, face assault charges as a result of this incident. Two knives were retrieved from the scene.