Home » News » 13 Fishermen Rescued from Lake of the Woods

13 Fishermen Rescued from Lake of the Woods 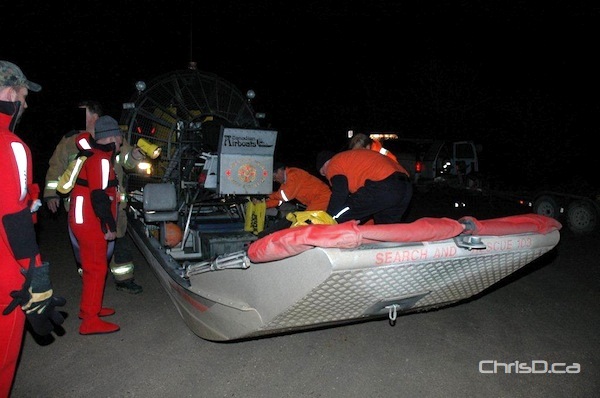 Search and rescue crews prepare to retrieve 13 anglers from Lake of the Woods on Tuesday, March 27, 2012. (MANITOBA OFFICE OF THE FIRE COMMISSIONER)

Thirteen American fishermen were rescued from an ice floe on Lake of the Woods on Tuesday.

Manitoba RCMP received a call shortly after 8 p.m. about the stranded ice fishermen near Birch Point. Having been on the water since noon, conditions deteriorated and a west wind was pushing the fishermen away from shore as they became surrounded by water.

An airboat was used to make several trips to shore over water, slush and ice. By 3 a.m., all 13 men made it off the ice floe.

Efforts are being made to recover the anglers’ equipment.

RCMP continue to warm the public to stay off bodies of water due to unseasonably warm weather.