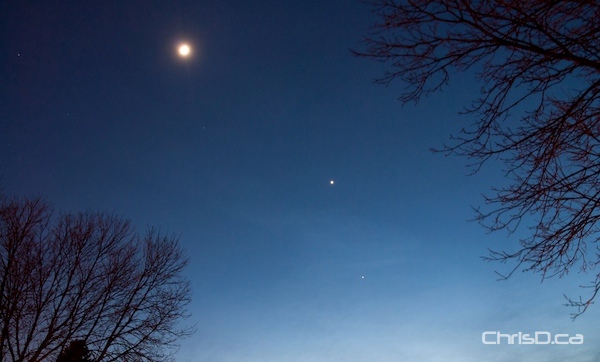 The Moon, Venus (second) and Jupiter (third) were closely aligned in the sky late Wednesday, March 28, 2012 as seen from southern Manitoba. In what's called a conjunction, the two planets align themselves for several hours in mid-March and are best seen about 45 minutes after sunset. The bright planets won't be this close together again until May 28, 2013. (STAN MILOSEVIC / MANITOBAPHOTOS.COM)