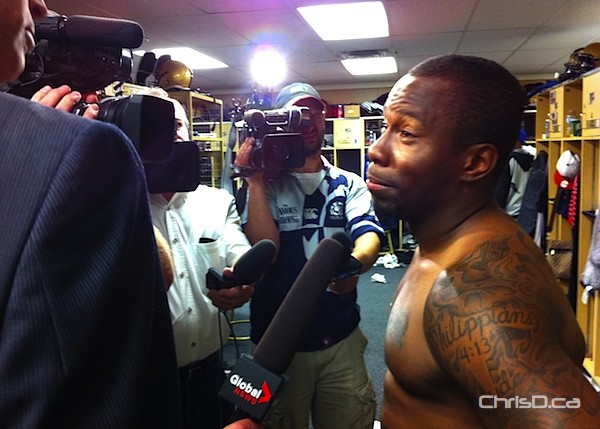 Blue Bombers' defensive back Jovon Johnson speaks to the media following a game in this 2011 file photo. (DARRIN BAUMING / CHRISD.CA)

Defensive back Jovon Johnson will be suiting up with the Winnipeg Blue Bombers for the foreseeable future, after the football club announced his contract extension on Thursday.

The import cornerback was the CFL’s 2011 Defensive Player of the Year and enters his fifth season with the Blue and Gold.

“I’m very excited to remain a Bomber beyond next season,” Johnson said in a statement. “This organization gave me an opportunity in 2008 and I am very grateful for that. We were so close to achieving our ultimate goal last season and I think this year we are in a great position to move to the next level.”