REVIEW: ‘Cats’ on the Prowl at Centennial Concert Hall 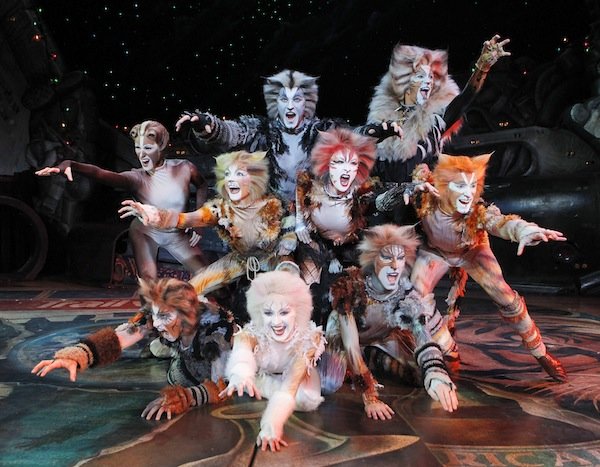 WINNIPEG — The theatrical touring Broadway debut of “Cats: The Musical” pounced its way to the Centennial Concert Hall on Friday night for the start of its two-day engagement.

Cats is based on a collection of poems by T.S. Elliot entitled, “Old Possum’s Book of Practical Cats,” and musically transcribed and composed by Andrew Lloyd Webber. Touted as one of the longest running shows on Broadway — its magic was lent towards last night’s performance.

Cats takes the audience into the intricate and interesting world of the furry feline. Through creative set designs and draped in decorative costumes with beautiful energetic choreography, it is no wonder why this was the template for musicals to come afterwards.

What about the storyline?

Cats is the most confusing musicals that I have come across to date, which may be why it has been such a long-running show. From start to finish the audience only had a faint idea what was transpiring before them and was hesitant for a majority of the show. I tried during the intermission to look for a synopsis but found nothing in that time that could help. However, I can help you out now before you go on this feline adventure.

The show starts off with a number of cats meeting in the junkyard, a special breed called Jellicle Cats. It is explained that Jellicle Cats have three names, one from the human, one used by other cats, and one that is kept secret. Tonight they have gathered to celebrate the Jellicle Ball, in which one cat is chosen to be the cat to Journey to the Heavyside Layer to be reborn. The elder of the Jellicle Cats, Old Deuteronomy, holds an audition to who want the esteemed honour. Those auditioning are Jennyanydots, the Old Grumbie Cat, Rum Tum Tugger, Bustopher Jones, Asparagus, and Skimbleshanks the railway cat. During the auditions, Old Deuteronomy is cat-napped by the antagonist Macavity, but through the magic of another cat, Mr. Mistoffelees, is brought back to safety. Throughout these events, there is a cat named Grizabella that has her moments pleading for the acceptance of others (she will be the cat that sings “Memory”). In the end, she is accepted by those around her and chosen to Journey to the Heavyside Layer to be reborn.

The performance of “Memory” by Grizabella (played by Melissa Grohowski) pleased the crowd as it was the most highly anticipated and well known. The audience was also impressed by the ‘Mr. Mistoffelees’ musical number performed by Chaz Wolcott as well as performances by Nathan Morgan who played Old Deuteronomy. By the end of the show, the entire audience was on its feet giving the cast a standing ovation.

Apart from “Memory,” I didn’t recognize other songs that were particularly catchy or used elsewhere in pop culture. However, despite the lack in karaoke song choices, Cats seems to have a fairly strong fan base as some audience members dressed up as their own Jellicle Cat, while others donned T-shirts from previous visits.

NOTE: For those with epilepsy, please beware there are excessive use of strobe lights during the musical.