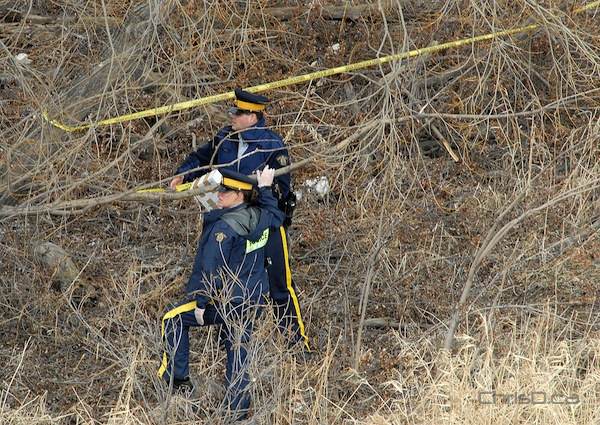 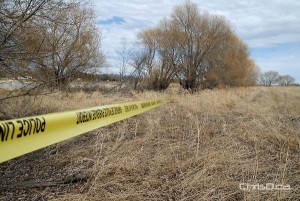 Police tape marks off an area where skeletal remains were found on Saturday. (STAN MILOSEVIC / MANITOBAPHOTOS.COM)

Skeletal remains have been found north of Selkirk in the RM of St. Clements.

Manitoba RCMP say the discovery was made by an area man riding an ATV at about 5 p.m. on Saturday.

The remains were found near the Highway 4 bridge and Red River.

RCMP are investigating, along with the Medical Examiners Office.

UPDATE: A member of the media found an additional bone earlier today. RCMP don’t know if the bone is that of a human or an animal.

UPDATE: Thursday, April 5 — The remains have been identified as a 64-year-old female resident of the RM of Brokenhead, Manitoba. Foul play is not suspected.