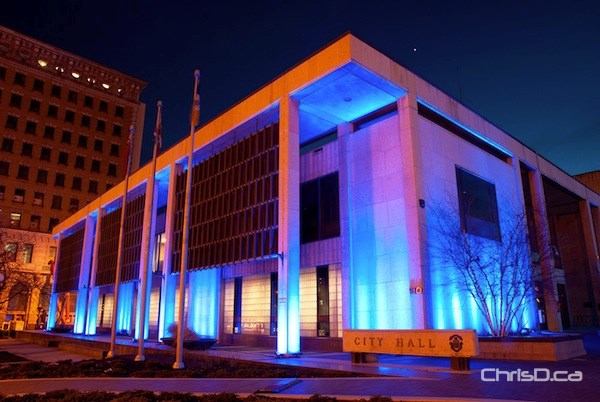 Light It Up Blue is a unique global initiative by Autism Speaks to help raise awareness about the growing public health concern that autism poses.

It’s the first year the City of Winnipeg participated in the global event. More than 70,000 governments, individuals and organizations were expected to take part. Iconic landmarks such as the Empire State Building, Sydney Opera House, and Niagara Falls were also draped in blue.