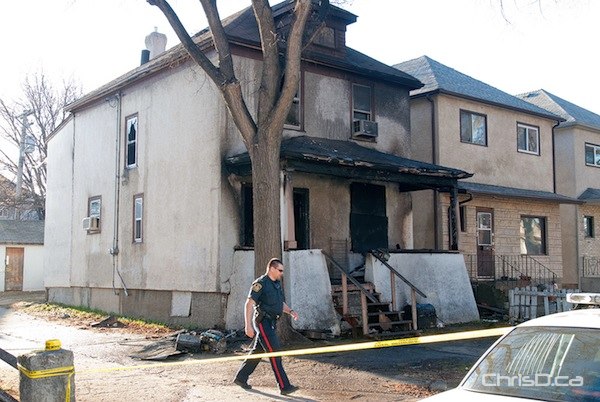 A house at 785 Home Street was badly damaged by fire on Tuesday, April 3, 2012. (STAN MILOSEVIC / MANITOBAPHOTOS.COM) 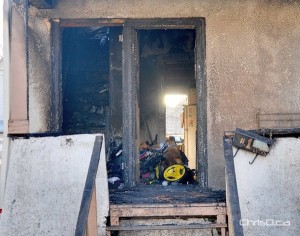 Children's toys can be seen in the entrance way of a house on Home Street that was damaged by fire on Tuesday. (STAN MILOSEVIC / MANITOBAPHOTOS.COM)

The blaze at 785 Home Street engulfed the residence shortly after 5 a.m. near Wellington Avenue. Crews were able to get a handle on the flames by about 6 a.m.

Firefighters were able to rescue two dogs and a cat from the residence.

The cause of the fire is under investigation and no damage estimate has yet been provided.