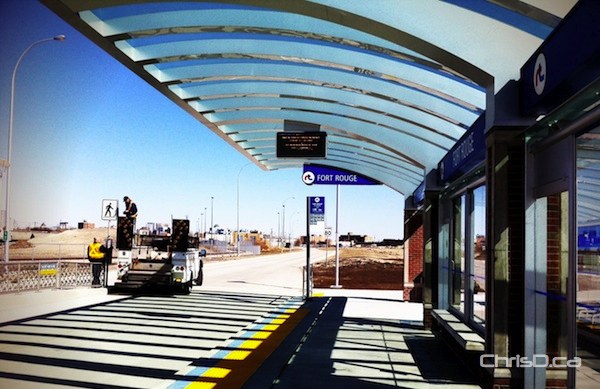 Winnipeg’s long-awaited rapid transit system is now up and running after the first passengers boarded buses along the 3.6 kilometre transitway at 10 a.m.

The city is providing free rides until 8 p.m. tonight ahead of the official launch on April 8 at 6 a.m.

Three rapid transit stations located at Harkness, Osborne, and the Fort Rouge Yards act as hubs to take passengers down the Southwest Transitway.

Thirteen buses will run along the trail, which came at a cost of $138 million to complete by all levels of government.

Watch video from the official launch.