No Injuries in St. Boniface Rollover 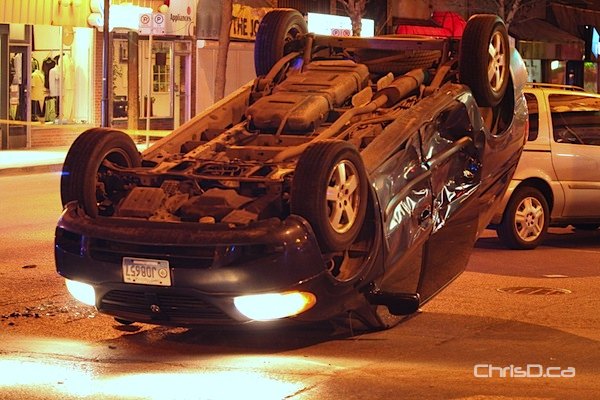 A van sits on its roof following a two-vehicle crash at Marion Street and Tache Avenue on Thursday, April 5, 2012. (HOWARD WONG PHOTO)

No one was injured in a crash late Thursday night between two minivans that caused one of the vehicles to land on its roof.

The crash happened at about 11:45 p.m. at Marion Street and Tache Avenue.

Winnipeg Police Const. Jason Michalyshen says one vehicle was travelling eastbound on Marion at the time, when it collided with a southbound vehicle on Tache.

The cause of the collision is under investigation.