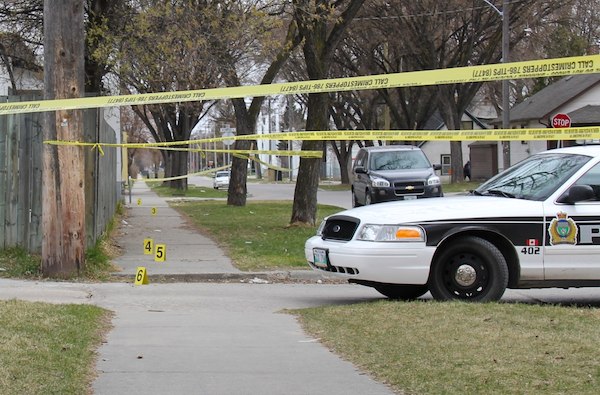 Three North End stabbings Monday morning are believed to be related, according to Winnipeg police

Just before 9 a.m., two men and one male youth were stabbed in separate incidents in the 400 block of Boyd Avenue, the 200 block of Powers Street, and at the intersection of Redwood Avenue and Andrews Street.

All three were taken to the Health Sciences Centre for treatment of stab wounds to the upper body and are listed in stable condition.

Two males are now in custody and police continue to investigate.

UPDATE: Tuesday, April 10 — Two teen boys, aged 15 and 16, are facing a number of charges, including three counts of robbery with a weapon, two counts of assault with a weapon, possession of weapon for a dangerous purpose and aggravated assault. The 15-year-old is also facing charges of failing to comply with conditions of a sentence order as well as an outstanding warrant.