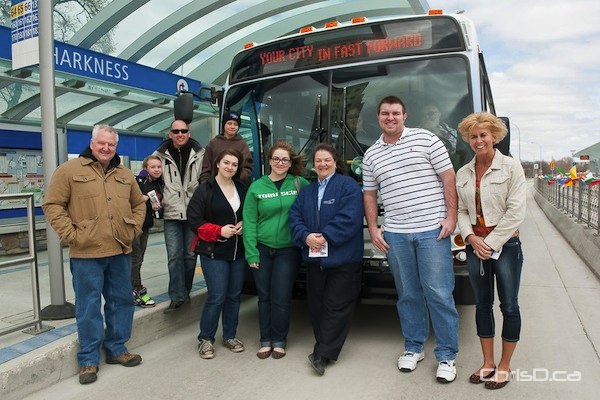 Families of Winnipeg Transit employees were given an advance run down the new Southwest Transitway on Saturday, April 7, 2012. Riders were taken to 421 Osborne Street to admire the vintage transit buses on display, while the little ones were entertained with planned activities. The rapid transit system went into effect on Sunday, running 3.6 kilometres from downtown to Jubilee Avenue. (TED GRANT / CHRISD.CA)