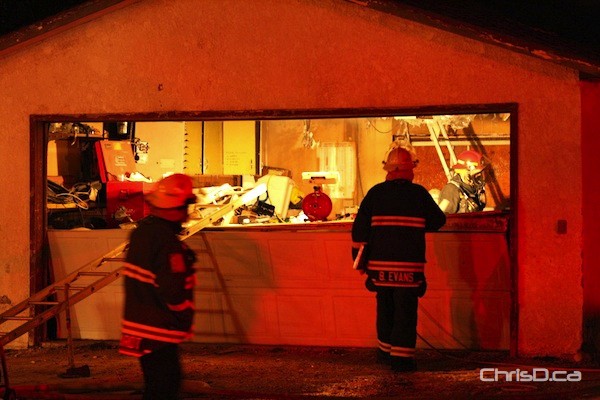 The blaze broke out at around 12:45 a.m. at 354 Sutton Avenue. Police blocked off Rothesay Street blocked from Springfield Road to Paufeld Drive while the scene was cleaned up.

No word on what led to the fire or any damage estimate.