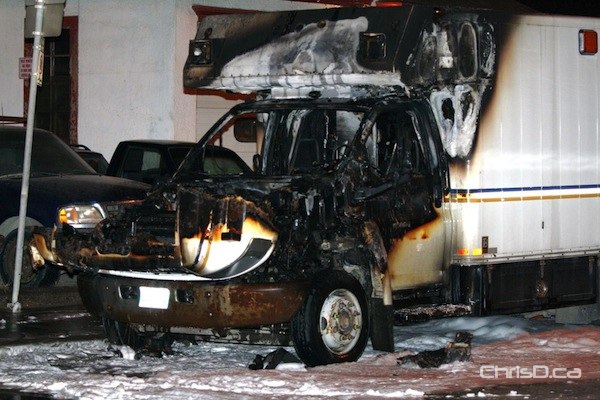 A City of Winnipeg truck was gutted by fire Thursday evening.

Nairn between Watt Street and Allan Street were blocked while firefighters extinguished the blaze.

No cause of the fire is under investigation.

← Previous: Mouth-Watering ChocolateFest at The Forks This Weekend Next: 2012 'Ride for Dad' Fundraising Efforts to Begin →
Tags: Fire