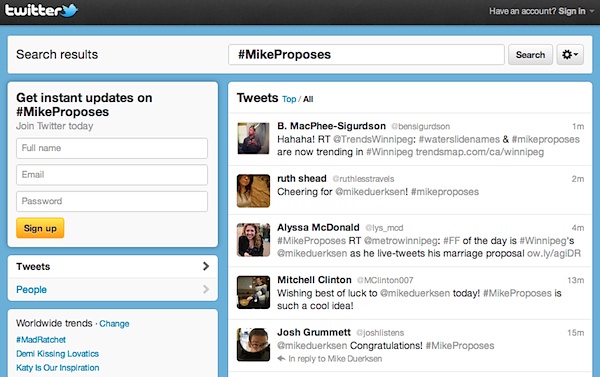 Mike Duerksen will be live-tweeting his marriage proposal to his girlfriend. (TWITTER) 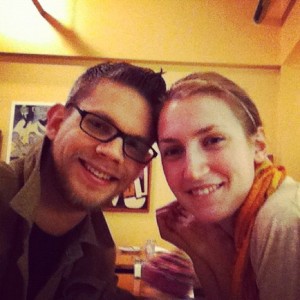 Duerksen and "J." enjoy a breakfast at Stella's Cafe and Bakery on Friday -- their first stop of the day. (INSTAGR.AM)

A Winnipeg man is proposing to his girlfriend with the virtual eyes of Twitter on him today.

Mike Duerksen is live-tweeting his marriage proposal over the span of 12 hours to his girlfriend, simply referred to as “J.”

“Today, I’m proposing to my girlfriend,” Duerksen said in a tweet at about 8 a.m. on Friday. “I’ll be using the hashtag #MikeProposes. You can follow along!”

Throughout the day, Duerksen — a communications coordinator for a local non-profit organization — will be taking his girlfriend to eight locations that have significance to their relationship.

The day will end with a bonfire at around 8:30 p.m. at the place where Duerksen first asked her out.

How will this all turn out? Follow along at #MikeProposes.