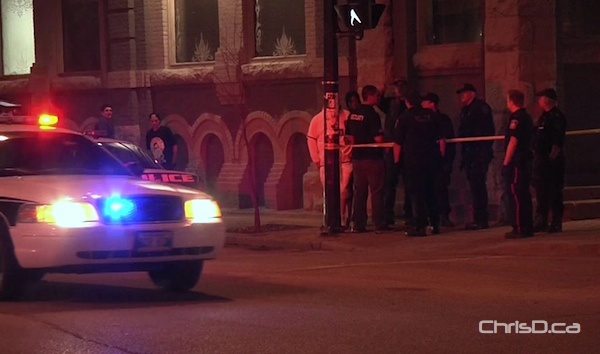 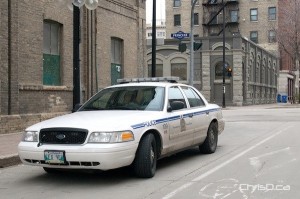 A police car remains outside of Republic Nightclub on Sunday after a stabbing early this morning. (STAN MILOSEVIC / MANITOBAPHOTOS.COM)

Two men were stabbed early Sunday morning after an altercation in the Exchange District.

The incident happened outside of Republic Nightclub at 291 Bannatyne Avenue at around 1:45 a.m.

Winnipeg police are investigating and ask anyone with information to call (204) 986-6668.