Four Sent to Hospital After Crash with Police Car 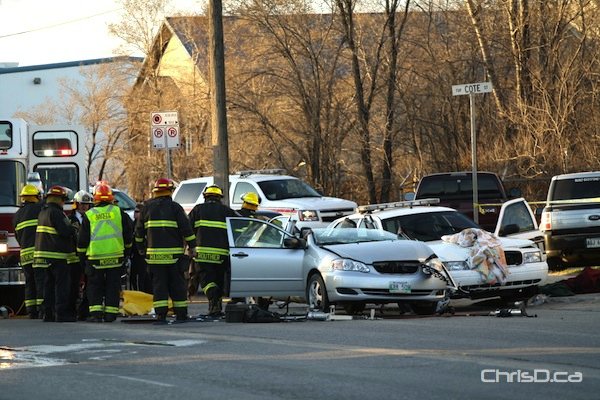 Four people had to be rescued after a two-vehicle crash on Archibald Street involving a police cruiser on Monday, April 16, 2012. (HOWARD WONG PHOTO) 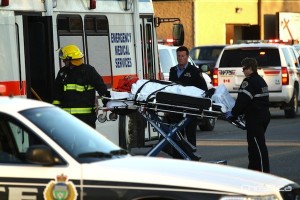 One person is wheeled on a stretcher following a crash on Archibald Street Monday evening. (HOWARD WONG PHOTO)

Four people had to be pulled from a mangled vehicle Monday evening after becoming trapped inside following a crash with a police cruiser.

The victims were transported to the Major Incident Response Vehicle and later sent to hospital.

Archibald Street was closed from Marion Street to Elizabeth Road while the scene was cleared.

It was the second such crash of the day involving a Winnipeg police cruiser. About an hour earlier, a cruiser collided with another car at Portage Avenue and Carlton Street.