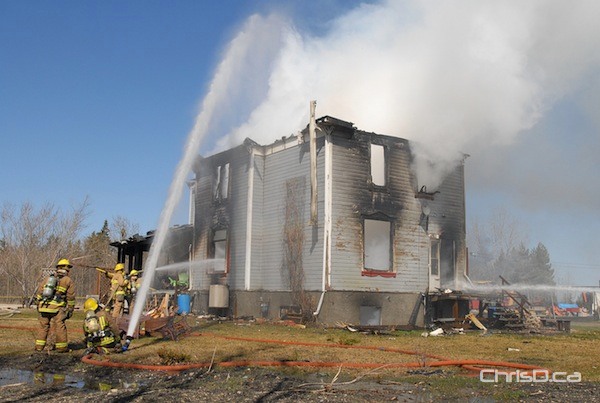 Firefighters worked to contain a blaze that consumed a home in West St. Paul Monday afternoon.

The fire broke out in the two-storey home on Kapelus Drive at about 1:20 p.m. just north of the Perimeter Highway off Highway 8.

Municipal firefighters from East and West St. Paul, as well as the RM of St. Andrews, were making trips to McPhillips Street to refill their tankers, according to a witness on scene.

No one was in the home at the time. Damage estimates aren’t yet available, but RCMP say the residence is a total loss.

The Manitoba Office of the Fire Commissioner is investigating.