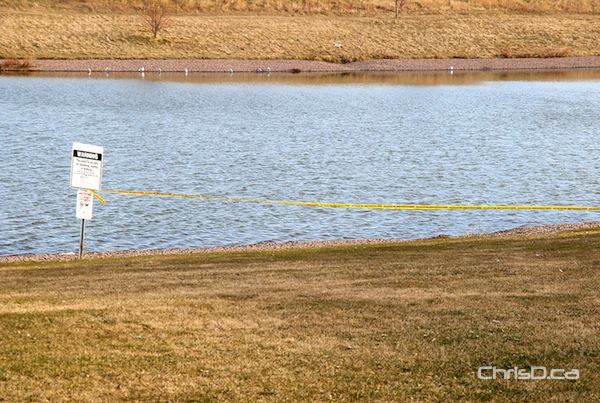 Winnipeg police respond to the report of a body floating in a pond behind a Wilkes Avenue apartment block on Monday. (STAN MILOSEVIC / CHRISD.CA)

A body was pulled from a retention pond behind a Wilkes Avenue apartment block Monday morning.

Winnipeg police don’t suspect foul play in the incident, which they responded to just before 8 a.m.

Police received a report of a body floating in the pond, located behind Sterling House at 909 Wilkes Avenue just west of Waverley Street.

Yellow police tape roped off the area immediately surrounding the pond, where investigators were continuing to interview nearby residents.

Police haven’t said whether the body is that of a man or a woman.