Home » Entertainment » Gaming Marathon to Round Up Donations for CancerCare

Gaming Marathon to Round Up Donations for CancerCare 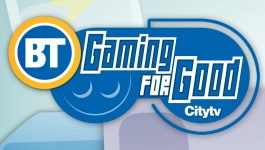 A 12-hour gaming marathon will raise funds for CancerCare Manitoba later next week.

Citytv’s “Breakfast Television” will host Gaming for Good at Polo Park Shopping Centre on Friday, April 27, where viewers can face-off with local celebrities by challenging them to a video game match.

From 9 a.m. to 9 p.m., the public can visit centre court and play their favourite video games, while also supporting the work done by CancerCare Manitoba. Don’t play video games? The event will also feature the 12 Hours of Prizing Marathon, with thousands of dollars of premium prizes will be won, with all donations going towards CancerCare.

The gaming marathon will be streamed online at BTWinnipeg.ca.