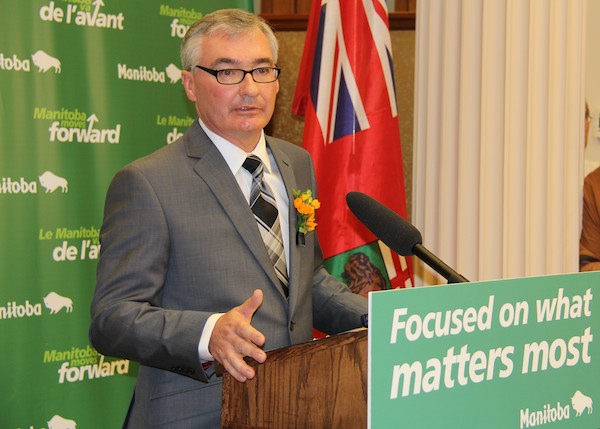 The Manitoba government delivered its 2012 budget Tuesday, outlining a blueprint for cost-cutting measures of 3.9 percent to significantly reduce the province’s debt by 2014.

Finance Minister Stan Struthers hinted at one of the most attention-grabbing highlights earlier in the day with the relaxation in Sunday shopping hours. Shoppers seemed thrilled, according to reaction on social media, while small businesses also appeared to generally welcome the extended hours.

“Through record flooding last year and a global recession, we’ve worked to protect jobs and services families count on and our plan is working,” Struthers said. “But in uncertain times, families look for creative ways to reduce their expenses and we have too. In this budget, we’ve frozen or reduced spending in 10 departments to make sure more money is going directly into our schools, hospitals and roads.”

The NDP government will apply the PST to services costing more than $50, such as manicures, pedicures, haircuts and spa treatments.

Among the highlights, the province also announced:

“Budget 2012 responds to today’s challenges by finding savings within government so we can continue to invest in the priorities of families while growing our economy,” Struthers added.