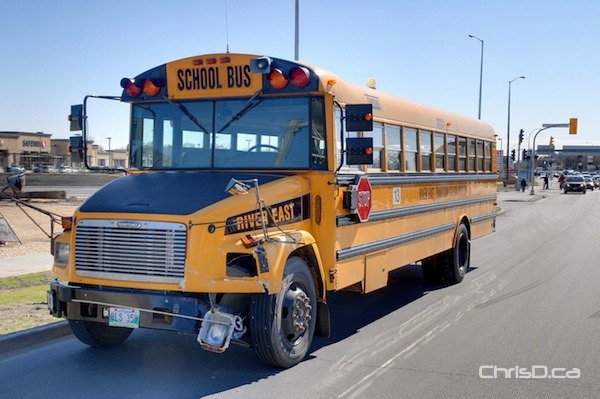 No injuries were reported after a minor collision involving a school bus on Monday, April 16, 2012. Details on the crash are minimal, which happened on Henderson Highway near Chief Peguis Trail at the start of the afternoon rush hour. One northbound lane of Henderson was closed for about an hour. (STAN MILOSEVIC / CHRISD.CA)