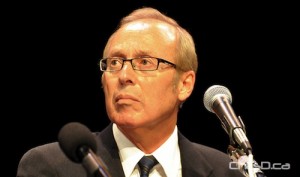 Veterans could soon be provided free on-street parking after a motion was brought forward at City Hall on Wednesday.

Winnipeg Mayor Sam Katz called on the public service to explore the idea, which passed at an Executive Policy Committee meeting earlier in the day.

“This idea came to me from a citizen taking part in a local call-in show with the Mayor,” Katz said. “I’m pleased to act on a good suggestion and thank the caller for bringing this idea to my attention. It’s important to look for ways to acknowledge the sacrifices of veterans in our daily lives.”

Saskatoon, Brandon, Prince Albert, Red Deer, Surrey, Richmond and London have implemented forms of free parking for veterans, according to a statement released by Katz’s office.

A report on the idea is due back to EPC in 90 days.