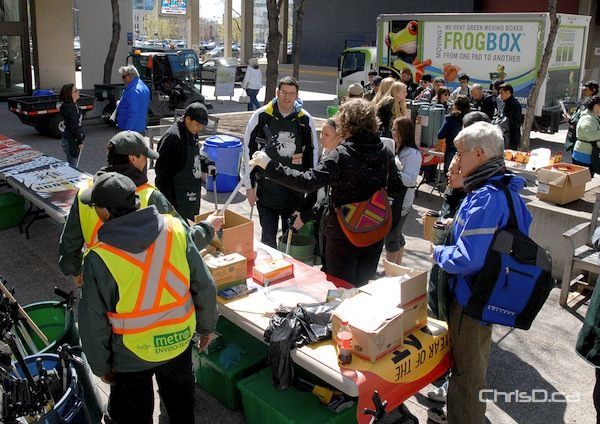 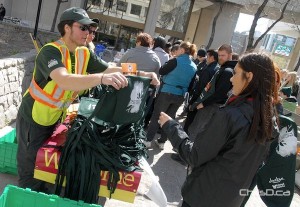 The Downtown Winnipeg BIZ was overwhelmed with community support of 400 volunteers Friday as it worked to clean up the city’s downtown in advance of Earth Day.

The BIZ’s 7th annual Earth Day Clean-Up was held in both the north and south ends of the downtown to beautify the areas. Volunteers arrived in droves and helped pick up approximately 1,600 lbs of litter and garbage.

Downtown business workers and residents joined the BIZ’s Metro Enviro-Team and staff at the Thunderbird House and Japanese Gardens.

“I’m overwhelmed by the amount of volunteers that took part in today’s cleanup,” said Stefano Grande, Downtown BIZ executive director. “The BIZ is committed to a ‘clean and green’ downtown and wanted to show we’re committed to this community. We’re beyond thrilled that the community has responded so positively, in wanting to keep their downtown beautiful and clean! This event shows how much Winnipeggers care about their downtown.”