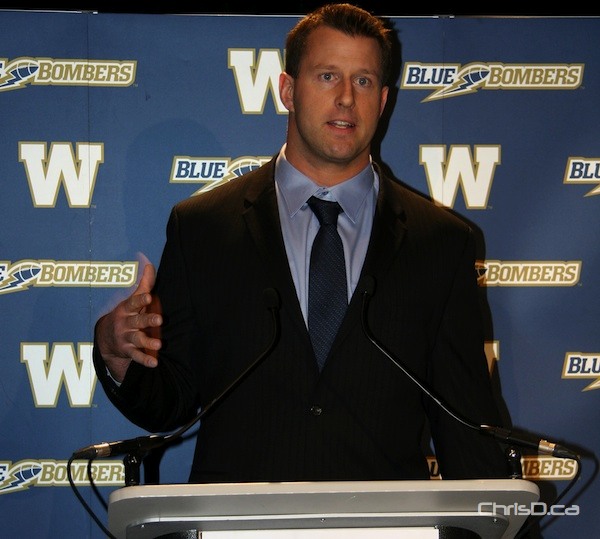 Brown will provide insight as a colour commentator for CJOB’s coverage of the Blue Bombers’ 2012-2013 home games alongside Bob Irving.

“We are thrilled to add Doug Brown to our Winnipeg Blue Bombers broadcast team,” said Irving, CJOB’s sports director. “Doug’s insights will add another dimension to our football coverage.”

Brown has been a frequent guest on the Corus Entertainment-owned radio station, and will be inducted into the Hall of Fame on June 18.

The former defensive tackle will also be making the TV rounds when he joins the CFL on TSN’s studio panel on a swing basis for the upcoming season.

@CJOB68 Actual transcript of negotiation:”Want 2 work with @BobIrvingCJOB?” D.B: “Deal.” CJOB “but we havent even said how much-” DB:”Deal.”

← Previous: State of the City Address Raises $17K for Charities Next: Funding On the Way for Child Heath Program at U of M →
Tags: CJOB | Doug Brown | Football | Radio | Winnipeg Blue Bombers