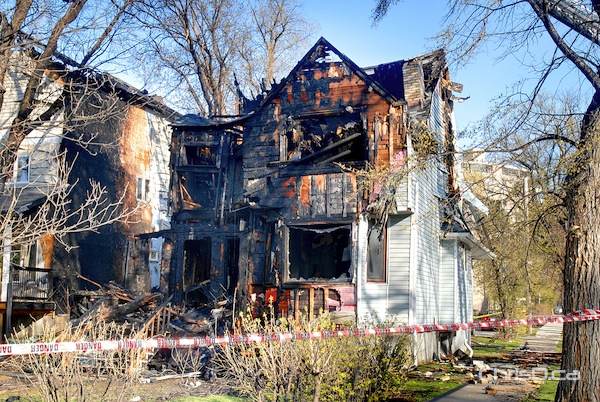 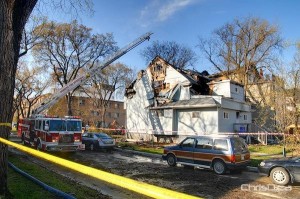 Crews responded to a home at the corner of McMillan Avenue and Daly Street at about 2:30 a.m. to find the structure completely engulfed. Flames later spread to a neighbouring home.

One person was transported in stable condition to hospital.

Meanwhile, Manitoba Hydro crews worked to contain gas leaks at both residences. A backhoe was called in to begin digging in the front yard of one of the homes.