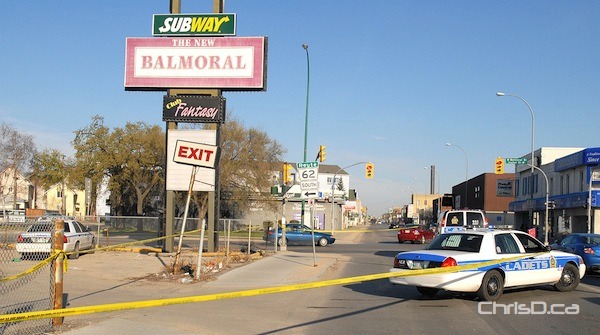 Winnipeg police block the area of Notre Dame Avenue and Balmoral Street after a stabbing early Tuesday, April 24, 2012. A man was found lying in the street by a passerby at about 2:30 a.m. and rushed to hospital. No arrests have been made. (STAN MILOSEVIC / CHRISD.CA)

UPDATE: Monday, April 30 — The victim has since succumbed to his injuries and been identified as Daniel William Hall, 26, of Winnipeg.