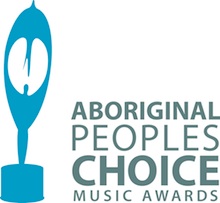 Nominations are open for the 7th annual Aboriginal Peoples Choice Music Awards (APCMAs), celebrating the best in aboriginal artists in Canada, the U.S. and around the world.

The awards will take place November 1 and 2 in Winnipeg.

If an aboriginal artist has released a single or album between June 30, 2010 and June 30, 2012, they are eligible to submit to the 2012 APCMAs. The deadline for artist submissions is June 29, 2012 at 5 p.m. CT. Submission forms are available at AboriginalPeoplesChoice.com.

Awards will be handed out in 16 genre categories, and 12 specialty categories.