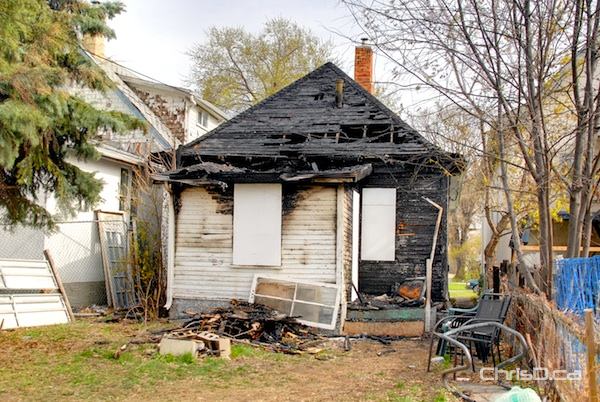 A Redwood Avenue home was severely damaged after a fire on Friday, April 27, 2012. (STAN MILOSEVIC / MANITOBAPHOTOS.COM)

Damage is estimated at about $20,000 after a fire at 780 Redwood Avenue Friday morning.

A 38-year-old woman in the home was able to escape uninjured from the fire, which broke out at about 4:30 a.m.

The cause remains under investigation by the arson unit.

← Previous: Buskers Judged in Annual Auditions at The Forks Next: Man Killed in Out-of-Control Grass Fire Near Portage →
Tags: Fire