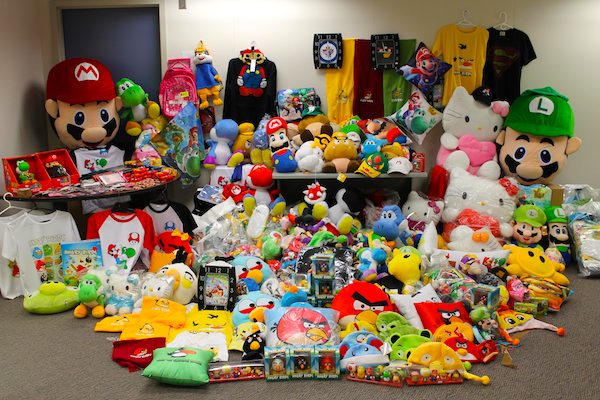 An overwhelming amount of counterfeit plush toys and other items were seized from four Winnipeg retailers earlier this week. (RCMP HANDOUT)

More than $70,000 in counterfeit merchandise was seized this week from four Winnipeg retailers.

“We have been working closely with these companies to help identify stores that are selling counterfeit products,” said Cpl. John Montgomery in a release. “As usual, some of these fakes are very good quality, and some are very poor, yet they are being sold for the regular retail price or even higher.”

The seizure was part of an ongoing investigation under the Copyright, Trademark, and Textile Labeling Acts.

Police haven’t laid any charges as a result of the seizures, but continue to investigate.