Home » News » Booster Seats to Be Mandatory in Manitoba

Booster Seats to Be Mandatory in Manitoba 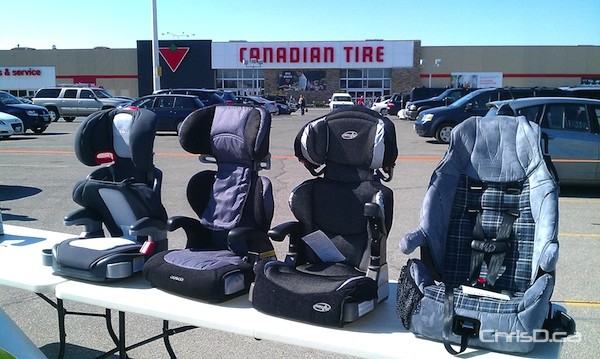 Booster seats are displayed during a provincial photo-op at a Winnipeg Canadian Tire over the weekend. (CHRISD.CA)

Currently, the law requires child car seats to be used until a child reaches the age of five or a weight of 50 pounds. The new rules would require children to ride in a booster seat until they are a minimum of four feet, nine inches tall, 80 pounds, or nine-years-old.

“Many children who have outgrown child car seats are using seatbelts too early, which makes them more susceptible to serious abdominal and spinal cord injuries in the event of a crash,” said Healthy Living, Seniors and Consumer Affairs Minister Jim Rondeau. “Our new legislation will mandate the use of booster seats until children can be safely and properly restrained by seatbelts alone.”

The legislation will come into effect later this year.