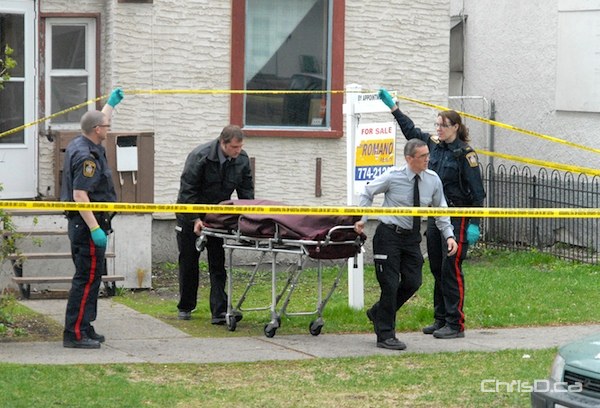 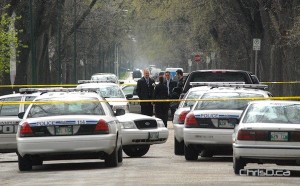 Winnipeg police taped off a large area in the West End Tuesday afternoon while investigating a sudden death.

Just before 1 p.m., several cruisers descended to a house at 854 Home Street as police began interviewing neighbours. Witnesses on scene said there was a fight at the home Monday night, but police wouldn’t confirm that.

Detectives and the coroner’s office arrived to the scene around 2 p.m.

No word yet on the age or sex of the victim.

UPDATE: Wednesday, May 2 — The victim has been identified as a 39-year-old woman. A cause of death hasn’t been determined, pending the results of an autopsy.