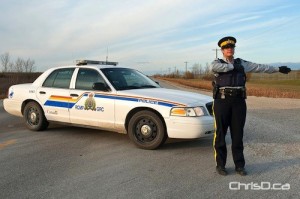 A team of more than 131 walkers have registered to walk in honour of Brittany Murray in the fourth annual Steps for Life event on Sunday, May 6.

Murray, just 21 at the time, was killed October 18, 2010 while working at a roadside construction site as a flagger when she was hit by a vehicle.

“Brittany’s Bmurrs,” the team’s name, expect 300-400 participants to come out for the walk at Kildonan Park to raise awareness for workplace health and safety.

More than $2,800 in pledges and donations have been collected so far for the walk — one of about 30 coordinated across Canada for the same cause.

Government speakers from local and provincial offices will be in attendance, as well as Sheena Hyde, whose brother, Eric Helgeson, died from injuries after he was caught in a collapse on a Winnipeg construction site.

The walk will begin at 11 a.m. at the park’s north shelters. Registration is at 10 a.m.