Home » News » No Injuries in Two-Vehicle Crash on Portage

No Injuries in Two-Vehicle Crash on Portage 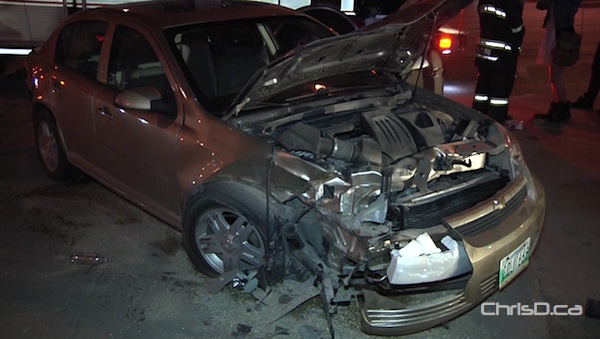 A Chevrolet Cobalt was struck by a pickup truck on Portage Avenue at Maryland Street on Saturday, May 5, 2012. (WPGCAMERAMAN / CHRISD.CA) 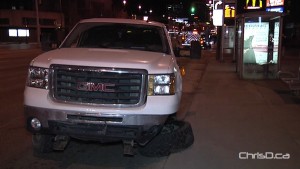 A GMC pickup truck sits at the scene of a crash on Portage Avenue early Saturday. (WPGCAMERAMAN / CHRISD.CA)

Passengers of a sedan are lucky they weren’t injured in a two-vehicle crash early Saturday morning on Portage Avenue.

At about 12:35 a.m., a Chevrolet Cobalt and GMC pickup truck collided on Portage at Maryland Street.

Witnesses say the sedan was travelling west on Portage when it ran a red light and was hit by the southbound travelling pickup on Maryland.

Both vehicles were towed from the scene. Police are investigating the crash.

The accident happened at the same intersection where cab driver Antonio Lanzellotti was hit and killed by a stolen SUV in 2008.

← Previous: WPS Half Marathon a Go for Sunday Next: Looking Quite Super, Moon →
Tags: Accident