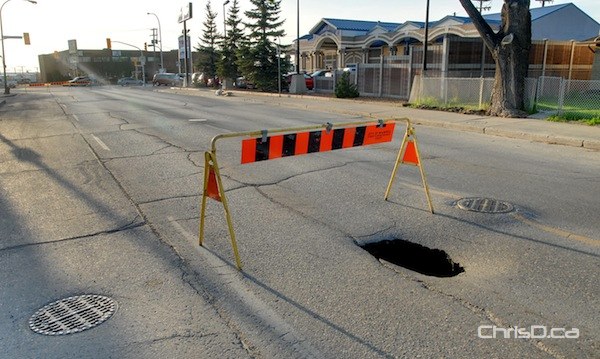 A large sinkhole has closed part of William Avenue and diverted traffic.

Winnipeg police advised late Thursday that William between Arlington Street and McPhillips Street was closed due to the gaping hole in the roadway.

Side streets leading to the area have also been barricaded.

City streets have been victim to larger sinkholes in recent months, which the city is still working to repair.

← Previous: Snowbirds to Fly Over The Forks on Saturday Next: 'Queer Beer' Making a Comeback at Pride Winnipeg Festival →
Tags: Construction | Traffic