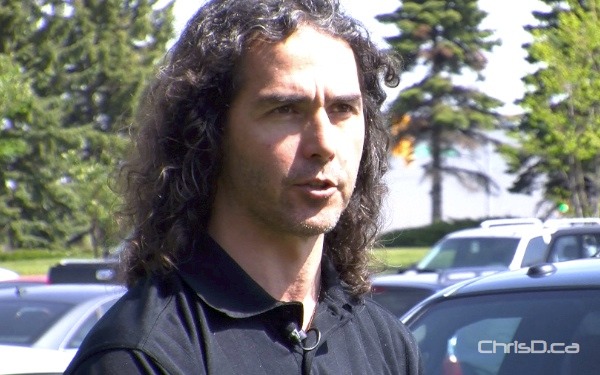 City of Winnipeg entomologist Taz Stuart updates the media on the latest insect control activities on Thursday, May 17, 2012. (CHRISD.CA)

The City of Winnipeg is preparing to launch an assault to control the gypsy moth population in the St. Vital area.

About 12,000 homeowners in the south end of the city have been notified about the spraying — set to occur between 5 a.m. and 7:30 a.m. No buffer zones will be implemented for the spraying.

Gypsy moth caterpillars feed on the foliage of a wide variety of trees and shrubs. Damage to trees in St. Vital could be significant as the gypsy moth population increases.

Stuart also said the city will begin its cankerworm control program Monday, May 21 at 9:30 p.m. Tree spraying will be carried out in Insect Management Area 50, including Kildonan Park.

On the mosquito front, trap counts remain low — only one in 24 traps. The first generation of summer adult nuisance mosquitoes will begin to appear in the water over the next 7-10 days, depending on the weather.