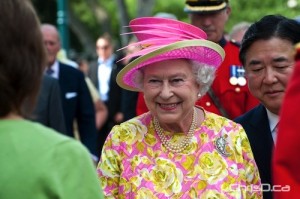 Lt.-Gov. Philip S. Lee and Culture, Heritage and Tourism Minister Flor Marcelino will plant the shrubs on the grounds of the Manitoba Legislative Building.

“When Her Majesty visited Manitoba in 2010, she took part in a ceremonial planting of the special commemorative shrub developed by a nursery in Portage la Prairie to mark the 2012 Diamond Jubilee celebrations now being held throughout Canada this year and, indeed, the Commonwealth,” Lee said.

The ceremonial planting will take place in front of the Queen Victoria statue on the north grounds of the Legislative Building at 11 a.m. on Victoria Day.