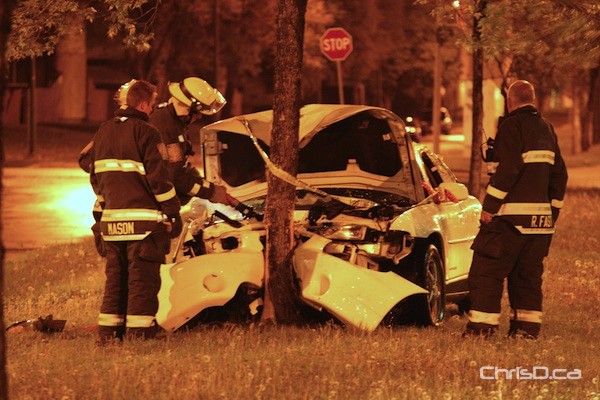 The driver of a four-door Pontiac sedan crashed their vehicle into a tree on Panet Road late Monday night. (HOWARD WONG PHOTO)

The driver of a Pontiac Grand Prix fled the scene after crashing their vehicle into a tree on Panet Road Monday night.

The accident happened at around 11:30 p.m. on southbound Panet near Talbot Avenue.

Witnesses says the driver took off running down Nairn Avenue before police could arrive. No word if the vehicle was stolen.