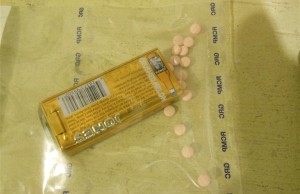 A quantity of drugs seized by RCMP as part of Project Decibel. (RCMP HANDOUT)

A five-month investigation into alleged trafficking of narcotics has ended with the arrest of several Neepawa residents.

Manitoba RCMP from numerous detachments took three people into custody between May 15 and 16 as part of Project Decibel. A fourth suspect is currently being sought.

Police say the investigation focused on street-level drug trafficking in the Spruce Plains area, including the communities of Neepawa, Minnedosa, Gladstone, and surrounding areas. Seizures of powder cocaine and oxycontin were made during the bust.

Charged are Brad Hagyard, 48, Bradley Minkus, 27, and Melissa Lund, 28. All three are facing numerous drug-related charges. They have since made a court appearance in Brandon.