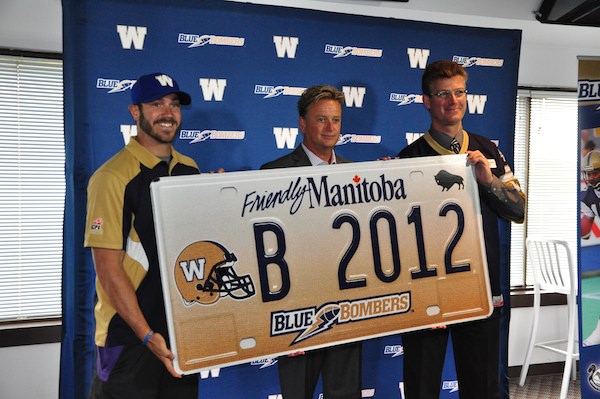 A new series of Winnipeg Blue Bomber licence plates will soon be available to motorists.

Featuring the team’s new logo, the plates include a new design and colour scheme from the former limited edition plates.

“We’re very pleased to be able to offer our fans another wave of Bomber licence plates, while also changing the look. This, once again, gives fans another way to showcase their support for our club no matter where they are driving,” said Blue Bomber president and CEO Garth Buchko.

The new plates will cost $70 and go on sale May 28 at all provincial Autopac agents. The Bombers will receive $30 of the proceeds from each of the 5,000 available plates. More will be made based on demand.