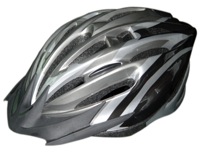 Cyclists under the age of 18 could face a fine for not wearing a helmet while cycling under new legislation introduced by Manitoba’s NDP government on Wednesday.

“In the event of a crash, bicycle helmets can reduce the risk of death and serious head injury by as much as 90 percent,” said Healthy Living, Seniors and Consumer Affairs Minister Jim Rondeau. “Unfortunately, recent studies show that many children and youth are still not wearing helmets. Our legislation sends the message that helmets are an important part of bike safety.”

Failure to wear a helmet would result in a $50 fine, Rondeau said, adding the legislation would allow alternatives to fines. Public consultations would take place to develop the alternatives.

There will be some exemptions to the new law, such as on religious grounds.

← Previous: More Time to Shop on Sundays in Manitoba Next: U of W Student Earns Sustainability Recognition Award →
Tags: