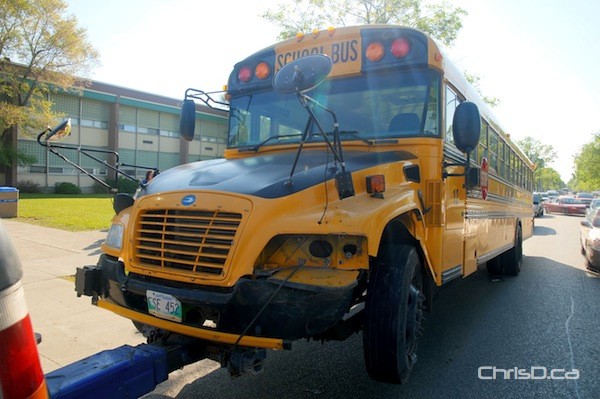 No children were onboard a Faith Academy school bus Thursday morning when it was involved in an accident on Jefferson Avenue near Airlies Street. A van collided with the bus during the rush hour commute. One person in the van was taken to hospital in stable condition. (STAN MILOSEVIC / MANITOBAPHOTOS.COM)