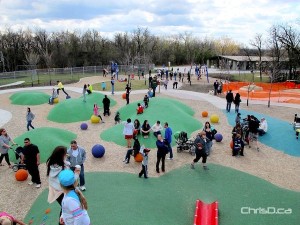 The Assiniboine Park Conservancy is throwing a party to officially launch its Imagine a Place fundraising campaign.

“Party for the Park” will be held Sunday, June 3 from 12 p.m. to 4 p.m. It’s an afternoon with free, family-friendly entertainment, including musical performances by Sons of York, Magic of Anders, Just Kiddin, Janice Finlay Jazz Quartet, Greg MacPherson and Bongo Love. Hot 103’s Ace Burpee will emcee the event.

“We are in the midst of a great transformation that is breathing new life in the Park,” said Conservancy president and CEO Margaret Redmond. “We’re inviting everyone who loves Assiniboine Park to come on down, have a great time, and learn about the different ways they can support their park.”

The campaign is raising funds for the $200 million redevelopment of Assiniboine Park and Zoo.