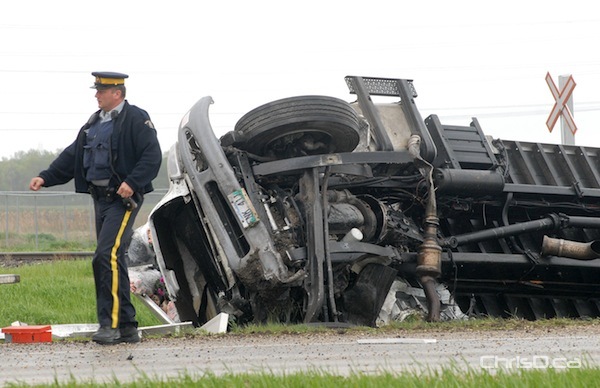 A truck hauling flowers rolled on the Perimeter Highway on Friday, May 25, 2012. (STAN MILOSEVIC / MANITOBAPHOTOS.COM) 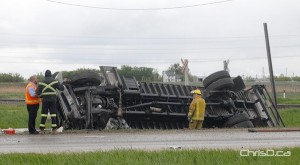 The crash happened on the north Perimeter and blocked the eastbound lanes near Pipeline Road. The impact also took out a nearby railway crossing light.

RCMP diverted traffic around the scene while crews cleaned the area.

No word on what led to the crash or if there were any injuries.