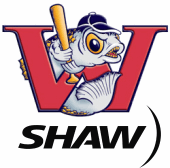 The games will air across Manitoba and nationally on Shaw Direct. Scott Taylor will handle play-by-play duties, joined by Shawn Coates. Shaw TV sports reporter Mitchell Clinton will serve as the host for the broadcasts.

“Shaw TV does a great job of producing a big league broadcast of our games,” said Goldeyes general manager Andrew Collier. “We are proud to partner with them and offer our fans a great way to follow the team when they are not at Shaw Park.”