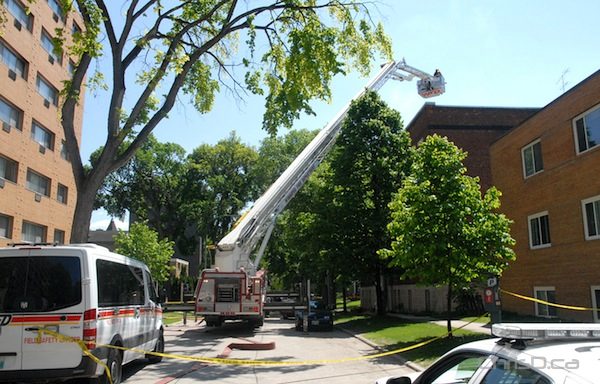 About 60 people were evacuated from their apartment in downtown Winnipeg after a fire broke out Wednesday afternoon. The fire at 52 Edmonton Street started in the building's attic, according to firefighters at the scene. There were no injuries and the cause remains under investigation. (STAN MILOSEVIC / MANITOBAPHOTOS.COM)