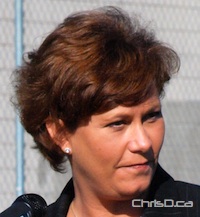 Manitoba’s 11 regional health authorities have now been merged into five.

As the province announced during its 2012 budget in April, the number of RHAs would be reduced to streamline productivity and reduce costs.

“Today, Manitoba officially has less than half the number of regional health authorities than we did yesterday and we will redirect those administrative savings into supporting the front-line health care families depend upon,” Health Minister Theresa Oswald said on Wednesday.

Senior Manitoba Health officials are making up the temporary boards of the new RHAS, while permanent boards and CEOs are expected to be in place by the end of June.