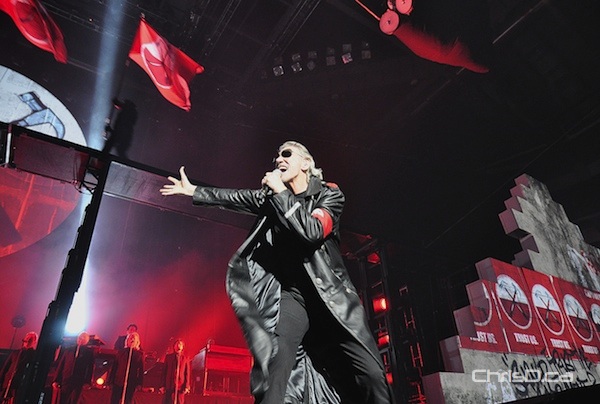 Pink Floyd’s The Wall album was brought back to life Thursday at MTS Centre, as Roger Waters played to a sold-out crowd of 12,000 in Winnipeg.

The large stage spectacle went on in two parts and played out more like a story than a traditional concert.

The 68-year-old English rocker will play a second show tonight before taking sounds from the iconic album to St. Paul, Minnesota on Sunday as part of his 36-show North American tour. At last check, seats for tonight were still available through Ticketmaster.